Welcome to the World of Art – Everyone’s a Critic

So your finest creation is finished and it’s ready for the world to listen to (and hopefully buy). You ask friends and relatives what they think of it and every single one of them absolutely love it. Of course they do, they love you and don’t want to hurt your feelings. Yet, that’s not the satisfaction you’re looking for.

Now you set it free on the many different places on the internet and become part of the collective noise. After the first week on YouTube it’s been viewed 27 times, (friends and family, again) and on Facebook it has a few more “Likes.” Forget Twitter, you didn’t tweet at the right times and it’s fallen on deaf ears. You’re currently deliberating over which digital distributor to go with, whether it be CD Baby, TuneCore, The Orchard, Ditto Music, Kobalt, MondoTunes, etc. 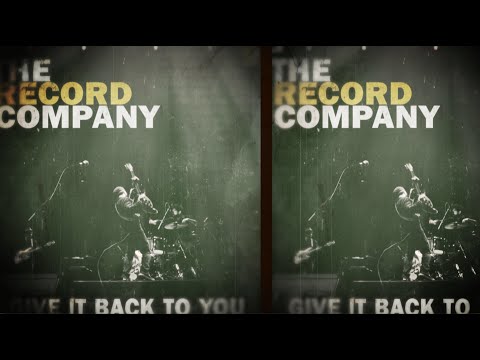 There are a ton of excellent resources online for social media best practices and then there are even more columns giving plain old, bad advice. Another time we’ll look at some of the better resources and talk a bit more about what to do after the record is done. Right now I just want to give you a little encouragement and show you why you shouldn’t get discouraged.

If you were able to get your song in front of a panel of listeners and get your methods discussed by a panel of engineers, you’d likely find a lot of contradictory pieces of advice. You could then go home and sift through all of the criticisms about the tempo, key, the microphones and preamps used, your panning decisions, the effects, arrangement blah blah blah… and for what?

I’m here to tell you to forget all of that. Engineers have been doing some really wacky stuff with lo-fi gear for decades on purpose. There’s no reason you should let some forum tell you that you need a Neumann U47 into a Neve 1073 and through a Pultec, LA2A, and 1176 and finally on to 2” tape before you have any right to release your song.

Kevin Parker (Tame Impala) was told that recording in his bedroom with only 3 microphones, (one Rode K2 and a couple SM57s), 1 compressor (DBX 165), and an old multi-track recorder was nuts and that his methods were maddening. He released a couple great records that went from his bedroom to Dave Fridmann and out to the welcoming world. His drum sounds are fantastic using only those few pieces of gear. Fast forward to today and you’ll see Lady GaGa now working with Parker as producer. Let that sink in for a moment. No engineering degree. No fancy studio. Limited resources. Lady GaGa.

That’s just one example. Yet it’s an example from this era of the music business when we all are recording out of odd places with less resources than any commercial studio. We all tend to get caught up in the gear, the methods, the opinions, and sometimes it prevents us from working with what we have and  even worse releasing music.

Now back to that work of art you released earlier on the internet that’s swashing around in the indie abyss. Leave it right there and move on. This is the start of your back catalog which later will prove to be very important. Maybe sometimes you’ll pull something down and remix it or make some changes, other times you’ll realize it was perfect how it was. Either way this back catalog is what people will discover after discovering you. Perrin Lamb is a great, recent example of this. He spent a decade in Nashville unable to make ends meet writing music. He was getting some placements on TV and film while performing live but couldn’t get anything going. Then one of his songs landed on a Spotify playlist earning him a decent chunk. Like over $50k from over 10 million plays kind of chunk. The people that discovered him on that playlist inevitably went on to listen to another song of his that would earn him yet another $37k. A back catalog matters.

There is really only one rule: Don’t suck. Seriously, that’s it. So get back in front of the mics.